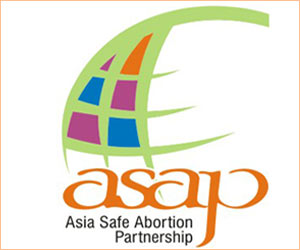 'Safe abortion' is a highly sensitive debate across cultures, where even weighing the pros and cons of retaining or terminating a pregnancy is unbalanced owing to various influences. Dr. Suchitra Dalvie MD MRCOG, of Asia Safe Abortion Partnership (ASAP) clarifies basic doubts and misconceptions concerning abortion.

Q. How is abortion a reproductive right of a woman? Where is the conflict between the woman and the society she lives in concerning termination of pregnancy?

A. Both men and women have sex but only women get pregnant. Being pregnant can affect a woman's life in a permanent waypositively if it is a wanted pregnancy, but very negatively if unwanted. Women die during childbirth, not men. Hence women should have the right to decide what to do with their own bodies, have the choice to continue a pregnancy or not and that is why it is her reproductive right.


Society does not punish the man for a pregnancy if it occurs before or outside of marriage. It is the woman who suffers, and hence this becomes a conflict.
Advertisement
Most societies and religions view women only as potential mothers and hence a woman's identity and role in life is seen as limited to being a wife and mother. The idea of a woman choosing to not be a mother is stigmatized. Although in reality, most women in India and across the world, seeking abortions, are those who already have children and do not want any more. They want to be better mothers to the children they already have.

Q. To what extent is the Medical Termination of Pregnancy Act (MTP) in India, hampering a woman's right to safe abortion? Is the Act effective in reality in restricting sex-selective abortions?

A. The MTP Act of 1971, allows women to have a safe pregnancy termination for saving her life, for her mental and physical health, if the fetus is deformed, or she is pregnant due to rape or as a result of failure of contraception.

The PCPNDT Act (Pre- Conception and Pre- Natal Diagnostic Techniques Act) of 1994 states sex selection is illegal. But it does not talk about abortions at all. Sex selection is the identification of the fetus during pregnancy as male or female. So in fact it condemns the act of sex-determination, which can currently be done using ultrasound, amniocentesis, and chorionic villi sampling. Even if sex-determination is NOT followed by an abortion, it is illegal.

Also, the PCPNDT Act needs to be implemented strictly but without harming the access to safe abortion, which will result in more harm to women who are currently living, while attempting to protect the girls who are yet to be born.

If safe abortion is banned to prevent sex-selection, women will be forced by their families to undergo unsafe terminations, which can result in the death of the mother.

Q. What complications do women face when they resort to clandestine or illegal methods of abortion?

A. Clandestine methods could lead to infections, trauma, infertility and even death to the mother. However, safe abortions done by a trained doctor in a safe place are much safer than delivery and childbirth!

Q. What is safe abortion? How would safe abortion benefit women? Are there methods where a woman can do it herself?

A. In India, safe abortion is one, which is performed by a trained person, using updated techniques, in a clean and safe place that is registered or recognized by the government.

Medical abortions are even safer, and done by taking pills: either a drug called misoprostol, or a combination of two drugs - misoprostrol and mifepristone (recommended). As long as a woman has undergone a medical check up to rule out complicated pregnancies (like ectopic, where the embryo is embedded outside the uterus), she can take these tablets at home for a pregnancy, which is up to 2 and half months.

We would not encourage a woman to take this by herself unless she cannot find any health care provider or facility, which can help her. It is however much better than using sticks and drinking poison.

Q. Apart from the conditions and concessions legally approved for abortion in India, what else needs to be included? What is the government and society failing to notice?

A. Currently the Act allows married women who experience contraception failure to have abortions. But women who become pregnant outside of wedlock also need to be included, and protected by the MTP Act. The MTP Act is needed because the Indian Penal Code is still in place, but it was drafted by the British, and still in force even after 60 years since they have left! The IPC criminalized abortion and the MTP Act is a protection from that under certain conditions. However, safe abortion is not a woman's right in India, although Indian government is signatory to all the International Human Rights and Women's Rights declarations. India still has among the highest rates of maternal mortality in the world, with 13% of it being due to unsafe abortions.

Although a safe abortion is amongst the safest medical procedures (much safer than a delivery), the girls and women who are most vulnerable (unwed teens, widows, unmarried and young women, victims of domestic abuse) are often the ones who are unable to access a safe abortion and end up having an unsafe abortion.

Q. How does ASAP (Asia Safe Abortion Partnership) advocate access to safe abortion? How can a woman avail safe abortion in India?

A. ASAP is a network of activists, doctors, researchers, nurses, young people and others working across 15 countries in the Asia-Pacific and the Middle East. This includes India, Pakistan, Sri Lanka, Nepal, Bangladesh, Thailand, Vietnam, Cambodia, Indonesia, Malaysia, Philippines, Australia, China, Japan, Mongolia and Turkey. We work with local organizations to advocate access to safe abortion as a woman's basic reproductive right. We conduct training and advocacy programs but we do not directly run any center that provides safe abortion. Some of our partner organizations run such centers.

In India, safe abortion services are supposed to be available free of charge in public sector health facilities (all government/municipal hospitals). They are also available in the private sector but the cost varies.

A registered center is supposed to display a certificate stating that they can provide safe abortion/MTP services. All Gynecologists are trained in providing safe abortion services.

Q. Is it a fact or a hoax concerning abortion, claiming it causes serious damage to a woman's health especially her reproductive health? In your experience what long term adverse side effects have women faced because of an abortion, even a medical abortion for that matter?

A. Safe abortions - medical and surgical - result in very few complications. Trained persons in approved centers perform these procedures. As with any procedure, there is a small risk of complications and in about 2-5% of the cases patients may experience a complication like prolonged bleeding which may need emergency care. However, with medical abortion pills, 95% of the time there is no problem. It is in fact like having a miscarriage, which is a normal occurrence in 25% of all pregnancies.

It is unsafe abortions that can lead to long-term damages like rupture of the uterus, tearing of the uterus, severe infections leading to pain, infertility, severe bleeding and even death due to injury or sepsis.

Mifepristone
This medication is a synthetic steroid, used alone or together with another medication, to end ......

Misoprostol
This medication is a synthetic prostaglandin; prescribed for ulcer, labor induction, induced ......