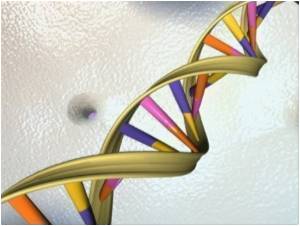 A study has indicated that a hormone made by the body may be a potential therapeutic tool for the treatment of two anemic blood disorders -- beta-thalassemia and hemochromatosis.

The new research was led by scientists at Weill Cornell Medical College and published in the Journal of Clinical Investigation and the journal Blood.

Commonly known as Cooley's anemia, beta-thalassemia affects nearly 1,000 individuals in the United States; worldwide, approximately 300,000 children are born each year with thalassemias. The conditions cause excessive iron absorption in the body's organs, with symptoms including fatigue, liver disease, heart failure, growth impairment, diabetes and osteoporosis. Standard treatment involves regular blood transfusions, which are often ineffective, or bone marrow transplants, which can help to replace and repair the broken blood production of the body.


Hepcidin, a hormone found naturally in the bloodstream and acting at the level of the digestive tract, has been known to be at low-levels in patients with beta-thalessemia. Now, the researchers have evidence that boosting levels of hepcidin may actually have a direct effect in relieving anemic patients of their body's iron overload, potentially relieving the ravages of these conditions.

"The major consequence of iron-overload is that the lifespan of a red blood cell is half that of a normal red blood cell. These blood cells are not properly formed, are not as healthy as normal blood cells, and, therefore, cannot properly function," explains Dr. Stefano Rivella, associate professor of genetic medicine in the Department of Pediatrics at Weill Cornell Medical College.

In the Journal of Clinical Investigation study published online on Nov. 22, Dr. Rivella and his colleagues report that breeding mice that overproduce hepcidin with other mice suffering from beta-thalassemia led to offspring that were almost as healthy as normal mice. However, when they crossed the hepcidin-expressing mice with normal mice, hepcidin levels were too high, leading to too much iron removal and an inability to produce healthy red blood cells.

"We see from this evidence that there is a balance in the body -- not too much iron and not too little iron -- that must be maintained to keep iron levels normal in order to produce normal blood cells," says Dr. Rivella.

He explains that under normal conditions, hepcidin recognizes when there are not enough red blood cells. In turn, the body will then produce the correct amount of hepcidin, which regulates the amount of iron needed.

"In patients with beta-thalassemia, this mechanism isn't working -- it's as if the raw materials -- the iron -- are being sent into a factory, but since no products -- blood cells -- are being made, more and more iron is being sent in and stored in the body's organs," explains Dr. Rivella.

A second study published in a recent issue of the journal Blood, and authored by Dr. Rivella and his lab, illustrates a potential new dietary treatment for patients with hemochromatosis. This anemic disease is caused by a mutation to the HFE gene, leading to lowered production of hepcidin. The disorder affects nearly 1.5 million individuals in the United States.

Hemochromatosis interferes with the body's ability to break down iron, resulting in too much iron being absorbed from the gastrointestinal tract. Like in beta-thalassemia, patients often have iron buildup within the liver, which could lead to liver failure and sometimes liver cancer.

For treatment, patients often have blood taken out of their body, called phlebotomy. Doing so is believed to force the body to remove iron from the liver, reducing iron overload within the organ. Patients return regularly to the doctor's office to have blood removed, in order to lower iron levels in the body, but the procedure is not so effective and could be improved, as Dr. Rivella and his colleagues describe in their study.

"We've learned that in hemochromatosis the body will always look to the diet in the gut for iron and not take it from the liver," explains Dr. Rivella. "Therefore, a low-iron diet immediately following phlebotomy may force the body to look primarily to the liver for its iron supply."

Each group had blood removed through phlebotomy and then had their hepcidin levels tested. A low level of hepcidin would indicate that the hepcidin is being utilized to absorb iron from the gut.

Results indicated that group 1 behaved as expected: Blood was removed and found to have low levels of hepcidin, meaning that the body was absorbing iron from the digestive tract.

Group 2 had higher levels of hepcidin because the body was able to recognize that there was a reservoir of iron within the liver, illustrating that hepcidin was needed to prevent the iron from being absorbed from the gut.

However, the levels of hepcidin in group 3 was low because the body was unable to recognize a high level of iron in the liver because a genetic mutation lowered the production of hepcidin, resulting in iron being taken from the gut instead of the liver.

"The implications of these findings are that if you take out the blood from patients with hemochromatosis, the body will still look to take readily available iron from the diet, instead of from the overloaded iron packed in the liver," explains Dr. Rivella.

Recently, Dr. Rivella and collaborators at UCLA were awarded a $4 million grant from the National Institutes of Health to test a drug that mimics hepcidin in people with beta-thalassemia and hemochromatosis. They hope to show that boosting hepcidin in the body helps to better treat their iron overload and anemia. 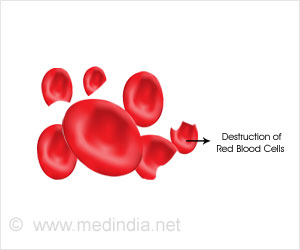