Blacks More Likely to Suffer Vision Loss Due to Disease

Black people are more likely to lose vision as a result of idiopathic intracranial hypertension, or increased pressure in the brain, according to a study published in the the medical journal of the American Academy of Neurology.

"The racial difference does not appear to be based on differences in diagnosis, treatment or access to care," said study author Beau Bruce, MD, of Emory University School of Medicine in Atlanta, GA. "The disease affects black people more aggressively. Doctors may need to monitor their black patients more closely and take steps to prevent vision loss earlier than with other patients."

The cause of idiopathic intracranial hypertension is not known. Symptoms include headache, ringing in the ears, and vision problems such as blurriness and double vision. It is most common in young, obese women.


For the study, researchers reviewed the medical records of all patients at Emory University with intracranial hypertension over a 17-year period. Of the 450 people, 197 were black. There were 246 whites, five Hispanic people and two Asian people in the study.

The black patients were 3.5 times more likely to have severe vision loss in at least one eye, and they were nearly five times as likely to become legally blind than the non-black patients.

Bruce noted that the blacks in the study had other risk factors, such as higher body mass index and higher frequency of low blood iron, and higher pressures around the brain than non-black participants, and that these factors could partially account for the increased risk of vision loss.

The study was supported in part by grants from Research to Prevent Blindness, Inc., and the National Institutes of Health.

AMD More Likely to Affect Older Whites Than Blacks in Future
White individuals older than 65 are more likely than black individuals to have characteristics that indicate they will develop more advanced forms of the eye disease AMD.
READ MORE

Study of Zebrafish Eyes may Hold Clue for Vision Loss
Scientists in the UK have found that fish eyes could hold the clue to repairing damaged retinas in humans.
READ MORE 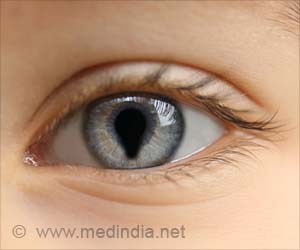 Coloboma
A coloboma is a birth defect affecting parts of the eye like the eyelid, iris, lens, retina or optic nerve. It is a feature of syndromes like CHARGE syndrome
READ MORE 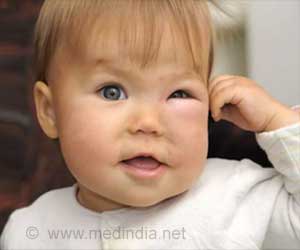 Orbital Cellulitis
Orbital cellulitis is any eye infection, generally caused by infective bacteria. The symptoms include eye pain and swelling. If not treated, it can lead to complications like vision loss, hearing loss, cerebral abscess and death.
READ MORE