Researchers at UT Southwestern Medical Center have found that patients with a mild form of Cushing syndrome, a metabolic disorder caused by adrenal tumors, demonstrate substantial clinical improvement after adrenalectomy.

The study, appearing in the December issue of the journal Surgery, is the largest series of surgical outcomes reported in patients with subclinical Cushing syndrome to date, said Dr. Richard Auchus, associate professor of internal medicine at UT Southwestern and co-author of the study.

"We don't have enough data to come out with a definitive statement that everyone with an adrenal tumor and mild cortisol excess should have the adrenal tumor removed," Dr. Auchus said. "We can say, however, that there are many people with large adrenal tumors who, while not meeting classical criteria for Cushing syndrome, nonetheless suffer from the hormonal disorder and will benefit from surgery."


Cushing syndrome occurs when the body's tissues are exposed to excessive levels of cortisol, a hormone which helps regulate glucose and fat metabolism. Cushing syndrome is caused by tumors of the pituitary or adrenal glands making too much hormone for long periods of time.

Though the more overt Cushing's affects about 1 in every 5,000 to 10,000 people, milder, or subclinical, Cushing syndrome may affect as many as 1 in every 1,000 people in the population, Dr. Auchus said.

In the current study, Dr. Auchus' research group analyzed the records of 24 patients who underwent adrenalectomy at UT Southwestern between 2003 and 2006 because of abnormally high cortisol production. Of the 24 patients, nine met the researchers' definition of subclinical Cushing syndrome.

Dr. Auchus said the results were telling. Diabetes and hypertension improved considerably in most affected patients after adrenalectomy. In addition, all eight patients who reported easy bruising before surgery noted resolution of the problem, and seven of the nine patients lost weight. Fat accumulation around the neck disappeared and muscle weakness improved, often markedly.

"We cannot promise everybody the same results," Dr. Auchus said, "but we found that adrenalectomy can dramatically help some patients."

Dr. Auchus said there are many caveats to their findings, chief among them that the study was not random.

"It was a very select group," Dr. Auchus said. "Because they had certain clinical symptoms, we offered them surgery.

"We now have a handful of additional people who have biochemical indications of subclinical Cushing syndrome, but we haven't recommended surgery because they don't have hypertension, obesity or easy bruising. We're continuing to repeat their blood and urine tests for cortisol function over time."

The classic manifestations of Cushing syndrome, such as purple stretch marks and paper-thin skin, occur only in severe cases. Patients with overt Cushing syndrome are generally diagnosed after a 24-hour urine collection for cortisol. Levels higher than 50 to 100 micrograms a day suggest Cushing syndrome.

"The cutoff values are intentionally set high so that we minimize the false positives," Dr. Auchus said. "But when you do that, you miss those with early or subclinical Cushing."

Dr. Fiemu Nwariaku, associate professor of GI/endocrine surgery and vice chairman of surgery, said the message to physicians is to maintain a high level of suspicion for hypercortisolism in patients whose biochemical tests are not completely normal and repeat biochemical studies periodically.

"Unless a patient's test results are clearly negative, they should probably get more complete testing," said Dr. Nwariaku, senior author of the study.

The researchers next plan to organize a multicenter trial to define better subclinical Cushing syndrome and guide recommendations for diagnosis and therapy. They also plan to study the genetic mechanisms of why some people suffer the manifestations of mild hypercortisolism, which others don't.

Adrenalectomy may Help Patients With Mild Cushing Syndrome
A new study has found that patients with a mild form of Cushing syndrome show considerable clinical improvement after adrenalectomy.
READ MORE 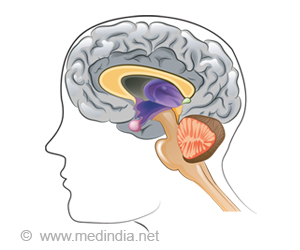 Cushing Syndrome
Cushings syndrome is a collection of symptoms such as central obesity, thinning of legs, moon face & buffalo hump caused due to excessive amount of cortisol.
READ MORE