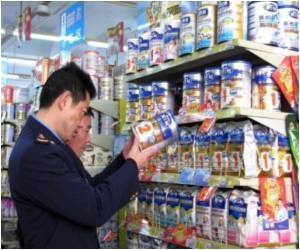 The powder was seized in northwestern China's Gansu province after tests showed it contained up to 500 times the allowed level of the toxic industrial chemical melamine, Xinhua news agency reported.

Packaged Salads, Melamine in Food - Under New Regulation by UN

The issue of food poisoning has been addressed by UN agencies who have imposed restrictions on melamine content in food and stricter guidelines for packaged salads.
Advertisement 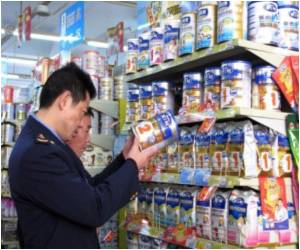 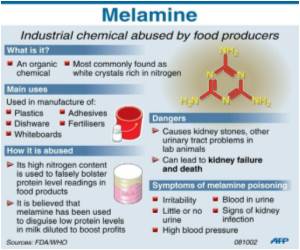 The Beijing News said tainted powder has also been detected in Jilin province in China's northeast and that two officials from the dairy company at the centre of the latest discovery in Gansu had been detained.


The reports highlight China's continued problems reining in the use of melamine, which is used to make plastics but has been widely and illegally added to dairy products to give the appearance of higher protein content.

University of Miami assistant professor in the College of Engineering, Na Li and her collaborators have developed a fast, economical and easy method to detect melamine in milk.
Advertisement
In 2008, melamine was found in the products of 22 Chinese dairy companies in a massive scandal blamed for the deaths of at least six infants and for sickening 300,000 others in China.

China's government has repeatedly said that all tainted products were seized and destroyed after the scandal and there was no further public health threat, but reports of tainted items have continued to trickle out.

It said the seized powder included 64 tonnes of raw milk powder and another 12 tonnes of finished powder. It gave no other details, such as whether any contaminated products had made it onto the market.

The Beijing News said Dongyuan's "legal representative" Liu Zhanfeng and its production manager Wang Haifeng had both been detained.

It also said authorities in Jilin had launched an investigation after test samples indicated melamine contamination there, but gave no details. It was not immediately clear whether the Qinghai and Jilin cases were related.

Melamine ingestion can cause kidney stones and urinary tract infections.

A total of 21 people were convicted for their roles in the 2008 scandal, and two were executed.

China Yet to Hunt Down 100 Tonnes of 2008's Melamine-Laced Milk: State Media Report

Authorities in China are hunting for nearly 100 tonnes of melamine-laced milk powder left over from 2008, when six babies died from consuming the toxic substance, state media said Monday.
Advertisement

Past studies have linked dairy foods to good bone health. Nevertheless newer studies are being published and ...