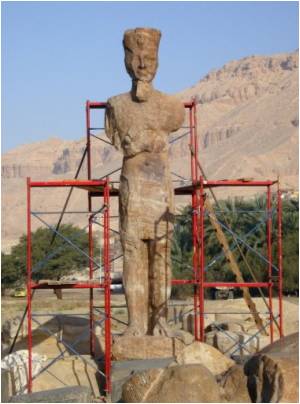 7,000-year-old mummy has been discovered by a group of students in northern Chile.

La Tercera newspaper reported that the find was made by chance Saturday during a visit to the Morro de Arica site by local students.

The children, at-risk youths enrolled in an archeology workshop, were performing excavation work when one found a strange shape under dog droppings.


Ancient archeological artifacts have been forced toward the surface following the powerful 8.2 earthquake that rocked the region in April, reports say.

Trip organizer Hans Neira said the discovery of the mummy, part of the Chinchorro culture, showed that the area should be declared a protected zone.

More News on:
Exploring the Benefits of Chili Pepper

Research Reveals 2,400-year-old Myths of Mummy-making
A new research has suggested that the ancient Egyptians probably didn't remove guts of the dead ......