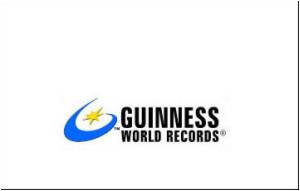 Stephen Hyland, a 61-year-old man currently holds the world record for doing the most pull-ups and chin-ups.

Hyland of Stoneleigh, Surrey holds eight global records for in set times and plans to break a world record on his 70th birthday, the Daily Star reported.

The super-fit sexagenarian, who has broken more than 80 world-best times down the years, started training hard at the age of 43 and broke his first record when he was 52.

Titanic Violin Fetches World Record £900,000
On Saturday, the violin played by the bandmaster of the Titanic to calm passengers as it sank sold ....

Man Reclaims World Record For Longest Tongue After It Measured at 9.8cm
After finding out that his tongue had gotten even bigger, a British man was able to reclaim the ......