50pct Of Britons are Too Busy to Have Fun 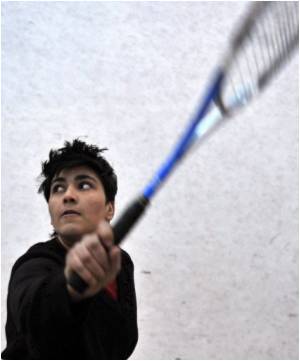 A new survey has it that Britons have got so busy in the daily conundrums of life only fifty percent of adults get time to play games and have fun.

Only half of adults find time to play games simply for fun as pressures of work mount, according to a new study.

Brits Feel Youthful as They Age

A new poll says that the Britons feel younger as they age .
Advertisement

And thus, they are becoming increasingly miserable.


Most of those who do have time play computer games or do newspaper crosswords and puzzles rather than interacting with others.

Cadbury commissioned the report on the state of play in the UK as part of its role as a London 2012 sponsor.

1 in 4 Britons are Dangerously Overweight: Report

One in four Britons is officially obese, shocking figures have revealed.
Advertisement
"With a growing work ethic, there is the sense we are only doing anything good if it is productive," the Daily Express quoted psychiatrist Dr Stuart Brown, founder of the National Institute for Play, as saying.

"So our free time is taken up by goal-oriented activities rather than those done purely for pleasure. The danger is that this grinds us down and leads to a loss of optimism," he added.

"There used to be more family time. Play is crucial for the survival of the species. Without a sense of play people become rigid and predictable and are unable to adapt," said Brown.

While firing debates have been launched over synthetic life, Britons, it seems, are unfazed by all the hoopla surrounding the breakthrough.
Advertisement
Advertisement
This site uses cookies to deliver our services.By using our site, you acknowledge that you have read and understand our Cookie Policy, Privacy Policy, and our Terms of Use  Ok, Got it. Close
×