40pct of Americans Believe in God's Hand In Natural Disasters 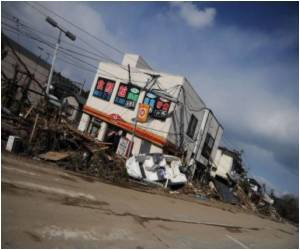 A recent poll conducted after the earthquake-cum-tsunami hit Japan has found that nearly 40 percent of Americans believe natural disasters are a sign of God.

Fox News quoted the poll conducted by the Public Religion Research Institute and Religion News Survey as showing that 16 percent of Americans agree that natural disasters are a sign from God, while 22 percent mostly agree.

A recent study found that one need not be religious to experience the calming effect of prayer, especially in controlling anger.
Advertisement

Although 51 percent disagreed that natural disasters are a sign from the Almighty, 56 percent believe God is in control of everything that happens in the world.


The poll also found 59 percent of white Evangelicals saying that they believed natural disasters are a sign from God.

Dr. Robert P. Jones, Chief Executive Officer of PRRI, said that the poll examined the age-old philosophical dilemma that "if God is good, why is there so much disaster, tragedy and pain in the world?"

"On the one hand, people are confirming straightforward theological affirmations of a personal God that's in control. But many won't draw a straight line between what's happening on the ground and that God," he added.

During Difficult Times, Anger at God is Common

An expert says that almost everyone experiences anger toward God at some point in their lives.
Advertisement
<< You Replay Your Day's Activities When Sleeping: French Rese...
How Neurons Take the Information Transmission Decision in t... >>

A new survey has shown that millions of people in the devoutly Catholic Philippines believe God is punishing humans for their evil deeds by inflicting environmental catastrophes on them.

God Helps..But Only Those Who Believe In Him!