3D Television - Without Glasses, In The Anvil 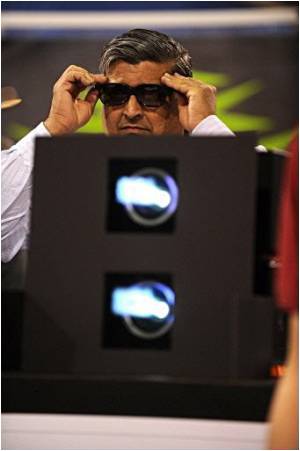 Watching TV in 3D without technical aids such as 3D glasses may soon be possible with new technologies that Fraunhofer research scientists are working on.

The new four-camera system will even be able to handle live transmissions.

"The breakthrough for 3D television will only come, however, when you don't need glasses. Wearing them is just too uncomfortable and tiresome," stated Frederik Zilly from the Fraunhofer Institute for Telecommunications, Heinrich Hertz Institute HHI in Berlin.


"The development is based on our STAN assistance system, which has already proved its value in conventional stereo productions. But with four cameras calibration is much more complicated," explained Zilly, who is working with 12 partners in the MUSCADE project.

The HHI research scientists are currently working on an efficient video encoding system for compressing the huge volume of data that arises when four cameras are used so that the content can be transmitted on the existing broadcasting infrastructure.

A first prototype of the new system was presented on the Fraunhofer booth at the IBC trade show from September 9 to 13 in Amsterdam.

3D Technology to Help in Preparing Cast for Dental Implants
Iranian engineers have managed to develop a 3D printing technology that could drastically cut down the time required for dentists to prepare a cast for dental implants.
READ MORE 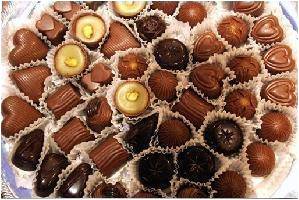 New Technology to Design Your Own 3D Chocolate
Scientists have invented a technology that allows people to design their own 3-dimensional objects that can be reproduced in chocolate.
READ MORE

Something Delightful for Children -3D Glasses from Dolby
Kids may go into squeals of delight with an attractive and pocket friendly product from Dolby Laboratories- 3D kids' glasses in green color with sensormatic and RFID tags.
READ MORE