3D Boosts Attentiveness in Kids Enables Them to Learn More 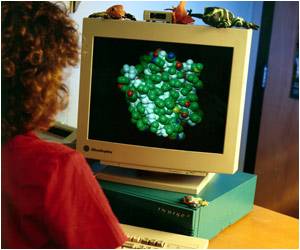 Inclination to focus and retain more information plus exhibiting higher levels of concentration in students observed when 3D animations are used during lessons, reveals a new study.

Professor Anne Bamford, of the University of the Arts, London, studied the effectiveness of 3D content in 15 schools across seven countries including the UK, the Daily Mail reported.

The project took into consideration 740 pupils aged 10 and 11.


In every school, one class studied science in the usual manner. Another did the same lesson using 3D resources.

The students were then tested before and after the experiment.

Have you ever wondered why your little kid paints trees blue or grass red? Well, a researcher from University of Wisconsin has got the answer for the query.
Advertisement
The study found that pupils in 3D classes could remember more than the 2D classes after four weeks, augmenting test scores by an average 17 per cent compared with eight per cent for 2D lessons.

They gave more 'elaborate' answers to open-ended tasks and were more likely to 'think' in 3D, using hand gestures and 'mime' to 'successfully answer the test questions'.

Educating kids on how to interact carefully with dogs is available as a software program designed to teach worthy lessons, claimed a new study.
Advertisement
<< 674 PIP Breast Implants Fitted in Belgium
Supernanny for Own Kids Craved by Majority of Parents >>

Are Menopause Symptoms Troubling You?: Try these Options
View all
News Archive
News Resource
News Category
Why East African Newborns at Increased Birth Defects Risk? Healthy Ways to Get Your Baby Sleep Longer Classmates Sitting Next to Each Other More Likely to Become Friends Developmental Dyslexia Plays Major Role in Human Adaptation Is Headache in Kids a Consequence of Online Classes?
More News
Sign up for Wellness Consult a Doctor Sign up for Selfcare