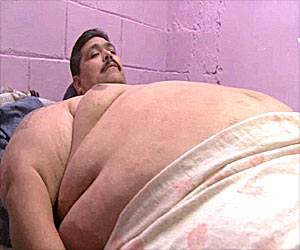 In a desire to lose weight and lead a normal life, the World's Heaviest Man underwent weight loss surgery in October 2015. The surgery helped him to drop down to 320 kilos from his initial weight of 450 kilos

He considered the weight loss surgery as his Christmas gift before Christmas. But to his dismay, the official Christmas Day turned into his day of death.

Are You Obese? Then Hitting the Gym Regularly May Not Increase Your Lifespan

Being unfit and slim is better than fit and obese as obesity cancels out the benefits of being at high aerobic fitness.
Advertisement
‘A Mexican man, who is the world's most obese has died of heart failure at the age of 38, two months after bariatric surgery to lose weight.’
Tweet it Now

Andres Moreno, 38, died of a heart attack and peritonitis (inflammation of the abdominal lining) in Ciudad Obregon, Sonora state, Mexico. Early on Christmas Day, he was having difficulty in breathing and family members took him to the hospital in an ambulance, but he died on the way.


"He was doing well, but he had had two previous heart attacks. He became short of breath, and died in the ambulance," said Carmen Palacios, who had been helping him during his rehabilitation process over the past year.

Once the obesity is established, efforts such as dieting and exercise programs have a limited ability to provide effective long-term relief.
Advertisement

To become the world's fattest nation, rising incomes of modern Mexicans and their consumption vices have helped them surpass the US.

Ask any one who has experienced intense chest pain and they will vouch for the fact that it was the most ...