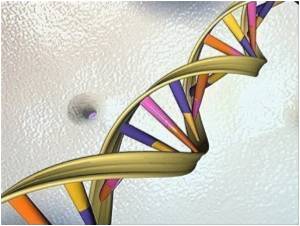 In some welcome news, a team of researchers has finally found the answer to a decades-long medical mystery that started in 1976.

Adolfo Pampena was diagnosed with occurrence of multiple tumours in his stomach and colon.

Now, a genetic study led by investigators at the Research Institute of the McGill University Health Centre (RI MUHC), the McGill Program in Cancer Genetics at the Gerald Bronfman Centre for Clinical Research in Oncology and the Lady Davis Institute for Medical Research at the Jewish General Hospital has the answers.


The team found that a gene BUB1B is involved in the regulation of chromosomal separation.

Instability during cell division can result in chromosomes ending up in the wrong place, which can lead to the development of tumours.

Encyclopedia section of medindia gives general info about Genetic counseling
Advertisement
In another study Dr. William Foulkes, senior author of the study and a researcher in genetics at the RI MUHC, the Lady Davis Institute, made a similar discovery.

The mystery involved five families with a long history of nontoxic multinodular goiter (MNG). Foulkes, Dr. Marc Tischkowitz (from the Program in Cancer Genetics and the Lady Davis Institute) and their team found the mutation in a surprising place.

They discovered that mutation, in a gene called DICER1, was extremely unusual.

"It changes the protein in only one place, and that single change is enough to trigger multinodular goiter. Generally speaking, when you have a mutation in a disease gene, it causes a multitude of problems, not just one illness. But in this case, we have no evidence that it causes anything except goiter," he said.

"In the future, our challenge as researchers is to be able to help people with an unknown condition by finding out rather quickly what the genetic cause of their problem is" explained Foulkes.

The studies were published in the New England Journal of Medicine and JAMA.