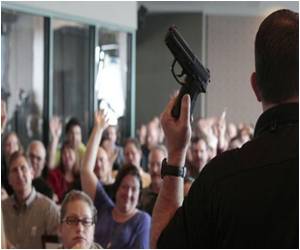 A survey conducted revealed that almost 25 percent teachers are being targeted and .abused on social media.

They said that they face a barrage of "vile" sexual abuse, unfair allegations of incompetence and videos of themselves taken without their consent being posted online by their pupils, the Independent reported.

The survey of 7,500 teachers showed that 21 per cent reported having derogatory comments posted about them on social media - from pupils and their parents.

Source: ANI
Advertisement
<< Despite Availability of Alternatives, Codeine is Often Pres...
Muted Buskers to be Given Their 'Voice' >>

Students and Teachers Ask for Healthier School Lunches
Healthier school lunches are need of the hour and students and teachers across the USA are saying ....

Nutrition Education Opportunities Arise While Dining With Teachers: Researchers
Both in the United States and across the globe, much attention has been focused on school meals....