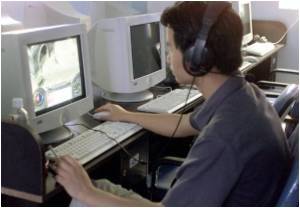 A young generation of hands-on dads have become choosy over baby buggies that have been reinvented as sleek, high-tech designer objects.

When it comes to choosing a set of wheels for their progeny, pushchair makers and salesman say more and more young fathers are in the driving seat, explaining the shift by a simple equation, buggy = wheels = car = male.

It is natural for children to throw tantrums, but how parents react to such situations makes all the difference in the life of a family.
Advertisement


With celebrity dads like David Beckham, Matt Damon or Coldplay's Chris Martin all snapped in recent years pushing this or that high-end stroller, today's brands are very much creating with men in mind.

A small hole or passage has developed in the muscle in the baby''s groin. Some of the intestine is poking out through this.
Advertisement
"Guys who don't go stroller shopping are missing out on a golden opportunity to throw around phrases like 'turning radius', 'spring-action collapsibility', and 'off-road performance'," reads a buyer's guide on one US parenting website.

"There's a design and a brand positioning that can appeal to men," confirmed Vital Ledru, account manager in France for Bugaboo. "It's all about suspensions, tyre-types, braking systems -- stuff dads can relate to."

"You've got your three-wheeler, your city buggy, your all-terrain or limo: it's an area men feel competent about," summed up Dann Haccoun, who runs Paris' largest buggy store and does most of his business on Saturdays, "when working dads are free to come shopping".

"Over the past four, five years, men have got a lot more involved."

Olof Hallerman, a Swedish management consultant taking a leave of absence to look after his two baby sons, looked the typical 21st-century dad as he pushed a state-of-the-art double stroller across the Invalides lawns in Paris.

Buying the buggy "was a 50-50 decision" with his diplomat wife Anna, said the 37-year-old. "We wanted the boys to be side by side, and facing us, because that is thought to better for their development."

Is the buggy a boy's toy? "Perhaps it is," he mused, although what he really wanted was a pushchair he could go jogging with. "I lost that argument!"

Click, zip, fold -- the latest all-black buggy from French brand Babyzen is designed to fit into an aircraft overhead locker.

Its inventor Jean-Michel Chaudeurge built in adjustable handlebars designed to fit a two-metre (6.5 feet) man just as well as a petite woman.

"The idea is that a man driving one of our pushchairs should never feel ridiculous," said the designer, who struck a partnership with a car safety specialist, Recaro, to appeal to fathers.

Sophisticated safety features appeal to the man-as-protector of his precious young, such as a solar-charged light on the front wheel for visibility when pushing into the road from between parked cars.

Likewise at the French brand Mima, the pushchairs use materials inspired by automobile aesthetics, all moulded plastics as opposed to stretched canvas -- available in unisex brown and black as well as baby pink and blue.

The dad-friendly design trend extends to accessories, too.

Take the change bag, the capacious sack designed to be strapped to the buggy when out-and-about and stuffed with everything from bottles to nappies to a parent's purse and personal effects.

"We didn't design a change bag as such -- it's more of a modern carry-all," said Bugaboo's Ledru.

Sleek and minimalist, and available in black leather, "it's designed to be unisex -- veering towards masculine. So it has a computer compartment, as well as pockets for bottles and changing wipes."

"I'm a dad myself -- and when I take my daughter out on the weekend I don't want to be hauling a flowery bag around."