Andre van der Merwe, the surgeon at Stellenbosch University and Tygerberg Hospital who performed the operation, said that they got know about the success of their transplant when the first penile transplant recipient's girlfriend informed that she was four months' pregnant.

The 21-year-old recipient was 18 when he lost his penis in a botched circumcision and was left with just 1cm of his original penis. A nine-hour operation was then done in December 2014 to attach a donated penis.


Dr. Van der Merwe explained that their aim was to make the person stand and urinate and to have intercourse, and didn't expect the man to be infertile, as he had an issue with his penis, not his testicles.

"We are happy that there were no complications and his penis is functioning well. There was nothing preventing him from having children because his sperm wasn't affected," said Dr. Merwe.

Dr Van der Merwe concluded that the surgical team would soon review the success of the operation and might then carry out further transplants. 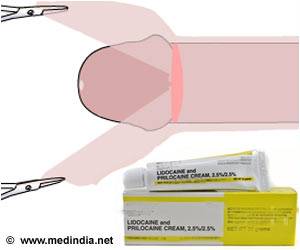 Pain Management in Circumcision
Agents used for pain management in surgical removal of the foreskin of penis in neonates are discussed.
READ MORE