2016 Should be Year of Cleanliness for Goa 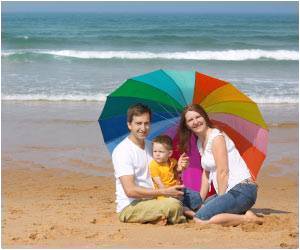 Goa Governor Mridula Sinha said in her address to the state on New Year's eve that the year 2016 should be a year of cleanliness.

"The objective is to enhance awareness about the relevance and importance of cleanliness among the people and to evoke positive response and contribution from them. "Cleanliness is a part of culture, a habit formation," said Sinha, who has been appointed an ambassador for the Swachh Bharat campaign by Prime Minister Narendra Modi.

Goa Governor once again appeals to the people of Goa to contribute selflessly in the interests of state and the country to make Swachh Bharat Abhiyan a success.
Advertisement
‘Goa Governor Mridula Sinha, who is an ambassador for the Swachh Bharat campaign by Prime Minister Narendra Modi said "Cleanliness is a part of culture, a habit formation."’

"Goa should become free from garbage in open places, roadsides and other public places and the state should achieve total cleanliness, for which people have a crucial role to play," she said. "We have to carry forward this mission with determination and vision. Our state should become an excellent example of cleanliness.


"During the last 15 months, after I was nominated as the brand ambassador, I have endeavoured to pursue this mission to the best of my ability, and I am happy to have received considerable response from various sections of the Goan society," she said.

The End TB Strategy aims to end the global TB epidemic, with targets to reduce TB deaths by 95% and to cut new cases by 90% between 2015 and 2035.
Advertisement
<< Role of STING Protein in Development of Colorectal Cancer
MUSC Researchers Receive $1.68 M Grant to Help Patients >>

Goa Archbishop Fr. Filipe Neri Ferrao prays that diwali may serve to create an environment of peace and harmony, specially, when the whole world is in turmoil.

Clinical Trials Should Be Conducted Only After Approval: Goa Medical College And Hospital

To conduct a clinical trial, all the departments at the Goa Medical College and Hospital should get administration and financial approvals from the competent authority.

Color Blindness Calculator Diaphragmatic Hernia Loram (2 mg) (Lorazepam) Sanatogen Noscaphene (Noscapine) Post-Nasal Drip Selfie Addiction Calculator The Essence of Yoga Daily Calorie Requirements A-Z Drug Brands in India
This site uses cookies to deliver our services. By using our site, you acknowledge that you have read and understand our Cookie Policy, Privacy Policy, and our Terms of Use