2011 Noted Rise in 'Violence Against Women in Pakistan 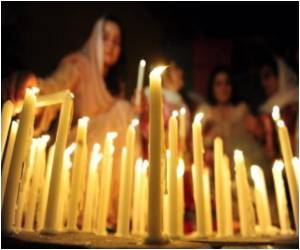 In 2011 violence against women escalated in Pakistan, according to events reported and registered at diverse forums, counting police stations, courts and complaint cells.

According to The Dawn, 8,000 cases were reported in 2011, a 13 percent increase since 2008. These crimes ranged from domestic violence to physical and sexual assaults.


"This number is still unrepresentative of the issue on the ground, as our social norms prevent a large majority of the cases from being reported," Omer Aftab, National Coordinator of White Ribbon Campaign Pakistan (WRCP), said.


Bani Amin, Inspector-General of Police (IGP) Islamabad, said that cases filed at women police stations remained in double digits for all months of the year.

There were many cases in 2011 in which women failed to get justice because the police were slow to take action.

"Unfortunately whenever a woman files an application against her family member, the issue is resolved through a 'patch-up' or 'reconciliation' Influential family members become judges and give decisions," the IGP said.

"However, in case of dispute between two tribes or opposing groups, women are still able to get justice as their familiesare far more supportive of their stance then. It will take some years before women will rise for their rights," he added.

"On the other hand, non-working women face domestic violence. There are two ways to get rid of that issue: one, ensure proper implementation of law and second, by spreading awareness among both genders about it," he added.

Domestic Violence: The Silent Killer of Women Worldwide
The special report on Medindia brings to the spotlight the problem of domestic violence and its consequences
READ MORE

Violence Between Couples Is 'Calculated' And Does Not Result From Loss Of Control
According to a study various types of violence between couples generally stem from a calculated decision-making process.
READ MORE