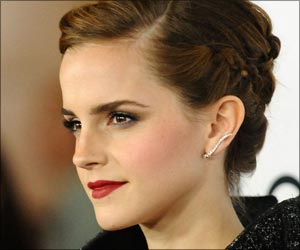 Wall Street Journal hailed Emma Watson's pixie and Justin Bieber's 'swish' as the most influential haircuts of the year.

The journal reported that the "hairstylists are being inundated with requests" by the customers to give them the celebrity haircut.

"Hairstylists are being inundated with requests," People magazine quoted the paper report.


"The enthusiasm plays out online, where the fastest-rising searches for celebrity haircuts on Google are for Ms. Watson and Mr. Bieber," the paper wrote.

According to the Journal, these looks mark a very significant change for hairstyle popularity, since for women, "short hair hasn't been trendy since the '90s," and because men "may justifiably feel sheepish about asking for the cut."

Labs now offer hair analysis to diagnose diseases, deficiencies, or drug abuse. But how reliable is hair analysis? It is used also to even catch criminals.