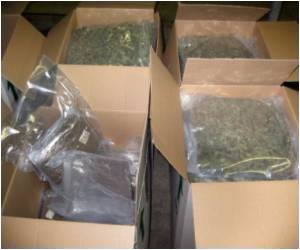 "I did not ask for this war," read a poster near a casino firebombed by the Zetas drug gang in the northern Mexican city of Monterrey in August. Fifty-two people were killed.


Authorities blame the Zetas -- a gang set up by ex-elite army officers in the 1990s -- for torching the casino because its owners refused to pay protection money.


Over 45,000 people have been killed in Mexico since 2006 when President Felipe Calderon launched a major military crackdown involving 50,000 troops against the powerful drug cartels that have terrorized border communities as they battled over lucrative smuggling routes.

In Colombia, the world's top cocaine producer, authorities reported a major decline in coca cultivation and cocaine production, but also a fresh spike in killings attributed to narcotrafficking gangs that include ex-paramilitary groups.

Police said the gangs were responsible for 47 percent of the 17,000 homicides perpetrated in 2010.

And Colombia's Marxist Revolutionary Armed Forces of Colombia (FARC) continued to finance its guerrilla operations through drug trafficking as did remnants of the leftist Shining Path rebels in Peru.

In poor barrios across Latin America, bloody battles for control of cocaine derivatives such as "paco" in Argentina and "bazuco" in Colombia raged on.

"Drug trafficking has become one of the major global issues threatening the security of millions of people," said Louise Arbour, a former UN high commissioner for human rights and former chief prosecutor of the International Criminal Tribunal for the former Yugoslavia.

In June, the Global Commission on Drug Policy, which includes several Latin American ex-presidents and international figures such as Arbour and former UN chief Kofi Annan, published a report urging a thorough rethink of anti-drug policy.

Calling the global war on drugs a costly failure, the report called for an end to "the criminalization, marginalization and stigmatization of people who use drugs but do no harm to others."

There are an estimated 250 million drug users in the world, according to UN estimates. "We simply cannot treat them all as criminals," the report added.

It recommended that governments try new ways of legalizing and regulating drugs, especially marijuana, as a way to deny profits to drug cartels.

On the health front, the drug war has indeed been a patent failure, with world consumption of opiates up 34.5 percent, cocaine up 27 percent and cannabis up 8.5 percent between 1998 and 2008, according to the commission.

And Arbour warned that the drug trade was also undermining weak states, particularly in Latin America and west Africa.

"Dealing with drug trafficking through war instead of as a public health issue was a mistake which claimed thousands of lives in Mexico and other countries," said Mexican poet Javier Sicilia, founder of a "victims' movement".

On November 21, Colombian President Juan Manuel Santos also called for a "frank and open debate" on the issue.

Advocates of drug legalization insist that decriminalizing drugs has no significant impact on consumption.

But experts see little hope of an immediate change in the regional drug picture, citing the lack of political will in the United States, which is responsible for 36 percent of global cocaine consumption.

"There is no interest in taking this on, but there is agreement that the current approach is not working, privately, especially among members of (the US) Congress," said Michael Shifter, president of the Washington-based Inter-American Dialogue, a think tank focusing on Western Hemisphere affairs.

"An election is coming up and people are not going to take risks on a politically sensitive issue," he added.

Jailed Mexican Beauty No More A Queen
Laura Zuniga, the 23-year-old Mexican beauty queen arrested in the company of heavily armed, suspected drug traffickers, has been stripped of her crown,
READ MORE

Cocaine Use Doubles in Mexico in Six Years
Cocaine use doubled in Mexico in the six years to 2008, the health minister said Friday, arguing that tougher border controls on smuggling has pushed more of the drug into the domestic market.
READ MORE 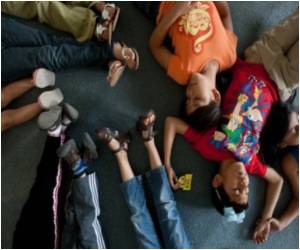