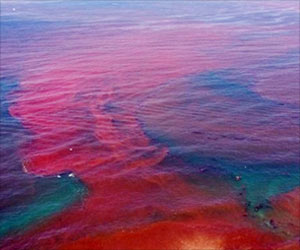 The species that causes common red tides in Florida is Karenia brevis. High concentrations of such algae may discolor the water, sometimes red, green, brown or the water may appear clear.


The microscopic algae produces toxins that can affect the central nervous system of fish and marine mammals. The toxins can also cause respiratory irritation in people onshore or those who eat contaminated shell fish.


‘The species that causes common red tides in Florida is Karenia brevis. Algae produces toxins that affect the central nervous system of marine creatures and also cause respiratory irritation in people onshore or those who eat contaminated shell fish’


Alina Corcoran of the Florida Fish and Wildlife Conservation Commission, said that the blooms have persisted off northwest Florida and southwest Florida since September.

"The bloom off southwest Florida has been patchy and less problematic than the bloom off the Panhandle, which has experienced more fish kills and respiratory irritations," said Corcoran.

New Method to Convert Algae Biofuel to Jet Fuel and Gasoline
A catalytic system makes good use of the squalene's branched structure, while conventional methods are more suitable to straight-chain molecules in petroleum.
READ MORE

Malaria Cure may be Found in Algae
Malaria vaccine candidate has been produced from algae that prevents transmission of the malaria parasite from host to mosquito.
READ MORE 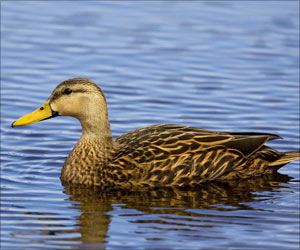