Case of a pneumonia-like illness caused by a new type of coronavirus has been identified in Japan, the country's Health Ministry confirmed on Thursday.

The virus was recently first detected in China, where there have been more than 40 cases and one death reported, reports Efe news. 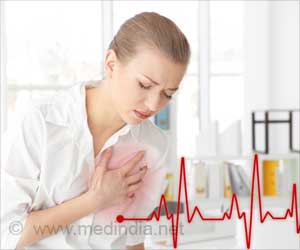 The affected patient is a Chinese citizen in his 30s living in Japan's Kanagawa prefecture, south of Tokyo. Earlier this month he visited Wuhan, in China's Hubei province, where the outbreak originated, the Ministry said in a statement.


‘Japan has urged its residents to practice good hygiene and go to a medical centre as soon as possible if suspicious symptoms develop.’
Read More..

Tests conducted by the National Institute of Infectious Diseases were positive for the new type of coronavirus on Wednesday night.

The patient said he didn't visit Wuhan's fish and seafood market, where the outbreak is thought to have originated, but he may have been in contact with some of the affected patients.

The alert about the spread of the virus was raised after the first case outside China was reported in Thailand earlier this week. South Korea also reported a suspicious case last week.

The Japanese Ministry of Health confirmed in the statement that they will conduct preventive epidemiological studies and collaborate with relevant organizations, such as the WHO, to assess the risks.

Japan has urged its residents to practice good hygiene and go to a medical centre as soon as possible if suspicious symptoms develop.

Coronaviruses usually cause common cold-type symptoms and are spread through sneezing, coughing or direct contact.

Pneumonia is a lung infection that can be caused by a bacteria or a virus. It causes inflammation of the alveoli or the air sacs of the lungs.

Bubble baby disease, or Severe Combined Immunodeficiency (SCID) is a genetic disorder in which there is a severe deficiency of lymphocytes, a type of white blood cells needed for normal functioning of the immune system.

Exfoliative dermatitis or erythroderma is a skin condition where the skin becomes reddened and inflamed accompanied by severe itching and peeling of the skin.

Risk of Coronavirus Importation and Potential to Face It Fat Around Your Arteries may Keep Them Healthy: Study Link Between Certain Kidney Diseases and Low Income Discovered New Insights into Cleidocranial Dysplasia (CCD), a Rare Disorder Egypt, Algeria and South Africa Are at More Risk of New Coronavirus Cases