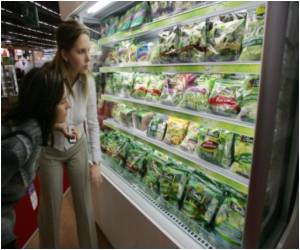 More than 49 million people in the United States do not have regular access to nutritious meals, putting them at risk of a raft of physical, psychological and social problems, a report said Thursday.

Nearly 15 percent of households in the United States, representing 49.1 million individuals, experienced food insecurity sometime during 2008, says the report published in the Journal of the American Dietetic Association.

"Food insecurity is often triggered by an event that stresses the household budget -- losing a job or assistance benefits... or gaining a household member," the report said.


With earlier studies showing that food insecurity is linked to poverty and worsens when the economy slows down, the report warned that the number of Americans who have trouble getting a nutritious meal is likely to rise.

Encyclopedia section of medindia gives an introduction to some super foods that help in preventing and controlling cancer
Advertisement
Other factors that contribute to food insecurity are high housing and utility costs, medical and health costs, mental health problems, poor education, transportation costs, substance abuse and even smoking -- a pack of cigarettes costs 7.00 dollars in some US cities.

"Food-insecure households must often choose between buying food and buying and paying for other items or needs, including medication, healthful housing conditions and utility costs for heating or cooling," the report said.

More than a third of the food-insecure people in the United States -- or 17.3 million people including 1.1 million children -- in 2008 lived in households where eating patterns were severely disrupted and food intake was greatly reduced.

In those very low food-secure homes, parents, and especially mothers, often "protected" young children from hunger, meaning they would go without food to allow their kids to eat, the report said.

Poor families, households with young children headed by a single parent of either sex, and black and Hispanic homes were at particular risk for food insecurity, according to the report.

Not getting enough good, healthy food to eat can result in the obvious ills of under- or malnutrition and less obvious problems ranging from poor academic results to greater risk for developing chronic disease and even obesity, the report said.

The experts from the American Dietetic Association who compiled the report called for "systematic and sustained action" at the federal and community levels to fight what they called the avoidable public health issue of food insecurity in the world's richest nation.

Soy or Soya is a crop which has been cultivated from thousands of years. It belongs to the family of legumes.
Advertisement
Advertisement
This site uses cookies to deliver our services.By using our site, you acknowledge that you have read and understand our Cookie Policy, Privacy Policy, and our Terms of Use  Ok, Got it. Close
×