129 Million People Have Health Woes: US 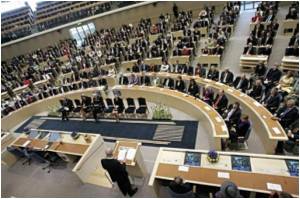 A government has said that as many as 129 million people in the United States have a pre-existing condition that could bar them from health insurance.

The report was issued by the Department of Health and Human Services just as lawmakers were poised to debate a Republican-backed bill that aims to repeal President Barack Obama's healthcare reform law, signed last year.

Between 50 to 129 million Americans under 65 have a condition, such as asthma, high blood pressure, arthritis or cancer, which could be considered a pre-existing condition by private health insurance companies, the report said.


More specifically, the study said 25 million people under 65 with a pre-existing condition are currently not insured.

Obama's law, which is being enacted in stages and comes fully into force in 2014, would make it illegal for insurance companies to discriminate against people by denying coverage to those with health problems.

The abbreviation HIPAA is of Health Insurance Portability and Accountability Act. It was enacted by US Congress a law in 1996, to regulate Healthcare Insurance Industry across USA.
Advertisement
"The Affordable Care Act is stopping insurance companies from discriminating against Americans with pre-existing conditions and is giving us all more freedom and control over our health care decisions," said HHS Secretary Kathleen Sebelius.

"The new law is already helping to free Americans from the fear that an insurer will drop, limit or cap their coverage when they need it most," she said.

The study also noted that "15 to 30 percent of people under age 65 in perfectly good health today are likely to develop a pre-existing condition over the next eight years."

By not having access to right information at the right place and the right time there is a definite impact on safety, effectiveness and costs related to healthcare.
Advertisement
<< Obsession To Stay Slim Makes Women Opt For Gastric Bands
Study Finds How Skin Cancer Cells Evade Immune System >>

Loram (2 mg) (Lorazepam) The Essence of Yoga Color Blindness Calculator Post-Nasal Drip Noscaphene (Noscapine) Indian Medical Journals Calculate Ideal Weight for Infants Nutam (400mg) (Piracetam) Find a Doctor Find a Hospital
This site uses cookies to deliver our services. By using our site, you acknowledge that you have read and understand our Cookie Policy, Privacy Policy, and our Terms of Use