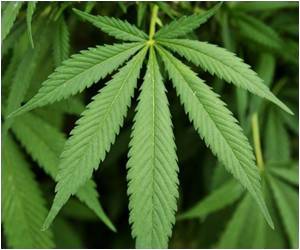 Thus far, illicit drug use has not been customary in the elderly. But, it is likely to become increasingly general as generations that use drugs more frequently reach an older age.

New research published today in the journal Age and Ageing has found that the lifetime use of cannabis, amphetamine, cocaine and LSD in 50-64 year olds has significantly increased since 1993 and is much higher than lifetime use in adults aged over 65. The study also found that drug use in inner London was higher than the overall UK average.

Recreational drugs are commonly used in rave parties. Serotonin syndrome can occur in patients taking N-benzylpiperazine.
Advertisement
Use of other illicit drugs is reported in the paper and remained substantially less common. Lifetime amphetamine use had increased substantially although recent reported use remained uncommon. Tranquiliser use showed more stability.

Senior author of the study Prof. Robert Stewart, from King's College London, comments that "the key message of this paper confirms something which has been long-suspected but which has not, to our knowledge, ever been formally investigated in the UK - namely that illicit drug use will become a more common feature in older generations over the next 1-2 decades. One particular issue is that we really know very little about the effects of drugs like cannabis in older people but will need to work fast if research is to keep up with its wider use at these ages."

"Our data suggest at the very least that large numbers of people are entering older age groups with lifestyles about which we know little in terms of their effects on health and would benefit from further monitoring - in particular, health service staff providing care for older people should be aware of the possibility of illicit drug use as part of the clinical context, particularly as previous research and policy reports have suggested that this is often missed."

Life of Prisoners Released at Stake Due to Drug Overdose

A study probed into the challenges faced by the prisoners after their release and factors influencing the drug use and subsequent overdose, which puts their lives under risk.
Advertisement
<< Down Syndrome Kids Confront Facial Features Stereotyping
Forged Wedding Albums Preferred by Chinese Couples >>

Illicit Drug Trafficking is a global problem. It has certainly 'graduated' from being an 'American malady' to a global nuisance, the world would be best without.
Advertisement
News A-Z
A B C D E F G H I J K L M N O P Q R S T U V W X Y Z
What's New on Medindia

Noscaphene (Noscapine) Hearing Loss Calculator Calculate Ideal Weight for Infants Sanatogen Nutam (400mg) (Piracetam) How to Reduce School Bag Weight - Simple Tips The Essence of Yoga Drug Side Effects Calculator Indian Medical Journals A-Z Drug Brands in India
This site uses cookies to deliver our services. By using our site, you acknowledge that you have read and understand our Cookie Policy, Privacy Policy, and our Terms of Use