1 Out of 6 Christmas Shoppers Fed Up of Carols 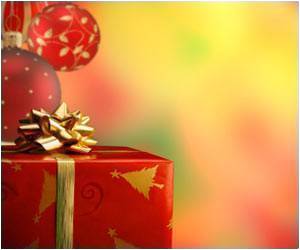 One in six Australian customers agree to tolerating carols at shopping centers as worst part of Christmas shopping, according to a new survey.

It also found which were the most hated songs to play in the background while they shop.

Christians in India prefer to be catholic in faith, oriental in worship and Indian in culture.
Advertisement

Mariah Carey's All I Want For Christmas topped the survey followed by Santa Baby, I Saw Mummy Kissing Santa Claus and Away in a Manger.


The poll of 1000 shoppers commissioned by Virgin Mobile also revealed more than 36 per cent of festive buyers would rather turn the carols off.

Jingle Bell Rock and Santa Claus is Coming to Town also featured prominently on the list of hated songs.

Christmas is indeed a 'ubiquitous' festival, as it is celebrated throughout the world. The festivity of Christmas is resplendent in an estimated 26 million Indian homes. The joys of the season
Advertisement

With Christmas round the corner, Christians in Kerala are all set to welcome it by singing Christmas songs and carols in the churches.
Advertisement

Christmas is celebrated as a religious and cultural festival by billions of people around the ...

Christmas festivities need not to be synonymous with weight gain and obesity. With some low calorie Christmas ...

Christmass emphasis on sharing and loved ones makes it special, but it also makes it harder for some. ...

Christmas is a time of indulgence. But still you can stay away from weight gain by following these 10 ...
This site uses cookies to deliver our services.By using our site, you acknowledge that you have read and understand our Cookie Policy, Privacy Policy, and our Terms of Use  Ok, Got it. Close
×