The winter is just around the corner, and seasonal flu, cough, and cold are making rounds. While it may seem like a tiny problem, a simple cold can get the worst out of you; stuffy nose, blocked ears and coughs can drive you crazy. Here are some home remedies you can try to clear off your ear congestion.

Ear blockage refers to the feeling of stuffiness or congestion which is most
Advertisement
likely to occur either due to inflammation or a blockage in the eustachian tubes (tubes that connect the middle ear to the back of the throat) of the ear. The eustachian tubes are basically concerned with the drainage of fluids and regulation of pressure; and when blocked, they can lead to pain or even slight hearing loss.

Most commonly, ear blockage arises as a result of congestion from a cold, which lead to blockage of the Eustachian tubes with mucus. Sometimes, ear blockages may also occur as a result of bacterial infection which causes inflammation within the ear canal, thereby blocking the ear passages. Other common reasons for ear blockage are changes in air pressures during a flight and excessive wax in the ear.

In rare cases, ear blockages are also observed when a person is intolerant to lactose.

Treating ear blockages isnt that difficult, you can do it with these simple home remedies.

Soften Earwax! If its hardened wax thats causing your ear blockage, try softening it- use an eyedropper to let a few drops of mineral oil or baby oil into the opening of your ear; do this for 3-4 days-this will cause the hardened wax to get soft, making it easy to be removed using an earbud. Always consult a doctor before you put anything into your ears! 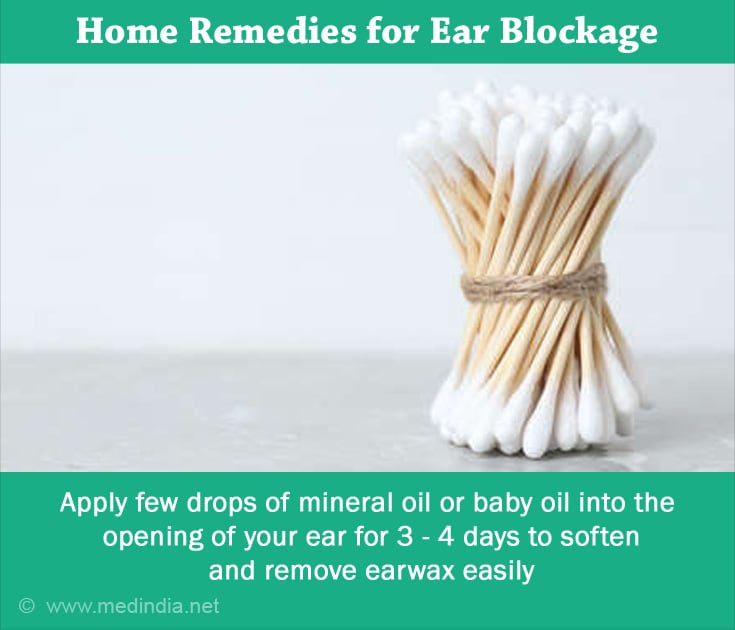 Also, NEVER attempt to dig out hardened wax using sharp or pointed objects like a pen, pencil, hairpin, etc. This action tends to push the earwax harder and deeper into the ear, and can cause serious damage to the delicate inner linings of the ear.

Advertisement
Try hot foods- If you are sure that your ear congestion is due to cold, you can try eating hot foods like garlic, onions, radish, jalapeno, pepper, chilies, etc. to clear the congestion. These foods tend to soften the mucus thats blocking the ear, and thereby, reduce congestion. Drinking warm soups, broths, and a cup of tea can help too! 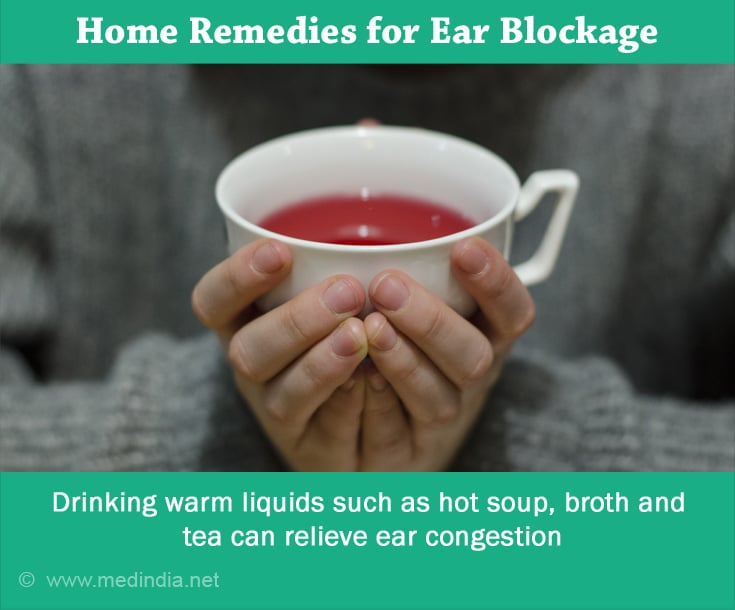 Chew gum- Yes, you read it right! Chewing on sugar-free gums or lozenges can help relieve ear blockages experienced during a flight.


Inhale! It is believed that steam inhalation, preferably with a few drops of peppermint, eucalyptus or lavender oil, can help curb ear congestion. 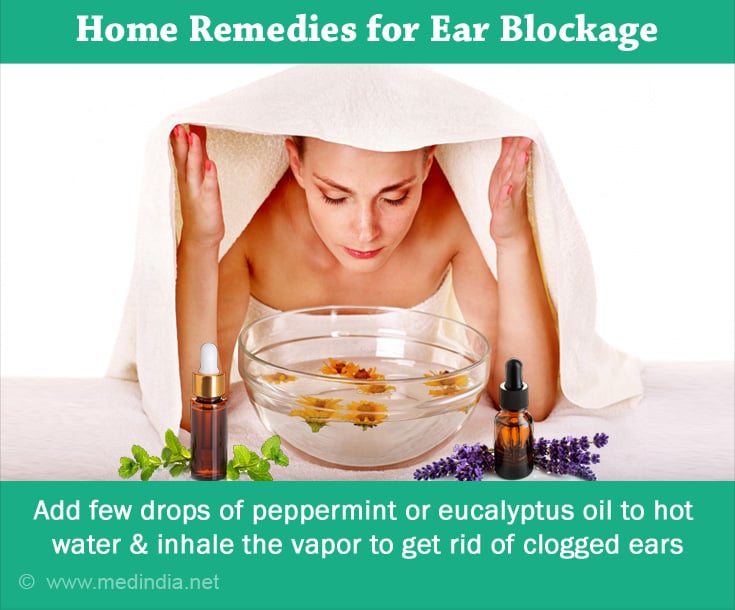 Do it manually! Yet another effective home remedy to cure an ear blockage is to simply stretch the back of your throat, this encourages the eustachian tubes to open up, thereby relieving congestion. You could also try shutting your mouth while exhaling gently as this helps build up a gentle pressure on the eustachian tubes, forcing them to open up and relieve the block.
Published on Sep 27, 2013
Last Updated on Jul 15, 2019

Cochlear Implants
Cochlear implant a surgically implanted device is suitable for those with damaged inner ear (cochlea). It helps people with moderate to profound hearing loss.

Will it create any problem, if the ear remains blocked? due to common cold - Eustachian tube blocked and could not maintain pressure...