The Zika virus (ZIKV) is currently holding the world at ransom, targeting Brazil and its surrounding regions, where people from all over the world are likely to gather for the Olympic Games 2016. Here are some facts about the viral infection which have recently made headlines:

1. The Zika virus spreads through the bite of the Aedes aegypti mosquito. This is the same mosquito that spreads infections like dengue, chikungunya, and yellow fever. Unlike the malaria mosquito that bites at dusk, the Aedes mosquito usually bites during the daytime. Since it breeds in stagnant water, people who store water for use in their houses are at a risk of bites from these mosquitoes.


2. Since May 2015 when Zika was first detected in Brazil, more than 4000 babies born in Brazil had smaller heads, a condition referred to as Microcephaly. Though it is not yet confirmed that Zika virus causes microcephaly, given the sudden rise in the number of cases during the viral infection, there is a high likelihood that the microcephaly was caused by the virus.

Zika Virus - Infographic
3. A large number of babies affected has no doubt caused panic in the Americas, with El Salvador advising its women citizens not to get pregnant till 2018. The right time to get pregnant following Zika infection is not yet known.

4. Zika virus has been associated with another neurological condition  Guillaine-Barre (GB) Syndrome. This was particularly noted in the epidemic that occurred in French Polynesia. GB syndrome is a condition that damages nerves resulting in muscle weakness. Again, it would take some time before it is confirmed whether Zika virus causes GB syndrome and if so, who is more likely to get affected.

5. Since Zika virus has been detected in semen, it is possible that a man traveling to countries where Zika is common may spread the infection to his partner, who could conceive a baby with microcephaly. Till more is known, men traveling to such areas should wear a condom for at least one month during sexual intercourse following the visit, and for at least 6 months if he was confirmed to be infected.

6. The complete genome of the Zika virus has already been sequenced by the Institut Pasteur in French Guiana. The sequencing will hopefully help scientists understand the behavior of the virus and provide clarity on unanswered questions.

8. Zika virus does not currently have its presence in India. However, India is one of the countries that is on the danger list. The climatic conditions in India are ideal to permit the spread of the virus through the Aedes mosquito, which is already abundant in the country.

9. Currently, there is no medicine to treat Zika or any vaccine to prevent it. Patients with Zika fever usually recover only with symptomatic treatment, and therefore do not require specific treatment. Also, if any drug is made available, it will have to be safe in pregnancy, to prevent serious consequences of Zika in pregnant women.

10. Prevention of Zika viral infection is the only current way to deal with the infection. This can be brought about by preventing mosquitoes from breeding, fumigating areas with stagnant water, and taking precautions to prevent mosquito bites. Also, if you are likely to be pregnant in August, watching the Olympic Games live on-site is an absolute no-no for you.  Some airlines are in fact offering a refund for your ticket to these regions if you are pregnant.

The Zika epidemic is still in its initial stages, and its long-term consequences are unknown. In due course, as the results of research on the virus emerge, some of the facts mentioned above could prove incorrect. The best we can do currently is to prevent mosquito bites to stop transmission where possible. 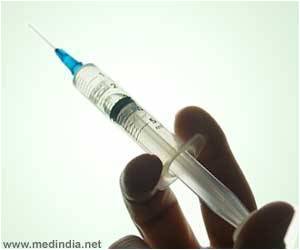 Zika Vaccine Development May Take Years: US NIAID Director
National Institute for Allergy and Infectious Diseases director, Anthony Fauci said that the hunt for a vaccine to prevent the Zika virus could take years.
READ MORE

Zika Virus Panic Over Birth Defects in Latin America and United States
With the sting of a mosquito bite and a fever, many pregnant women may not know that they caught the Zika virus - until it strikes their unborn child.
READ MORE 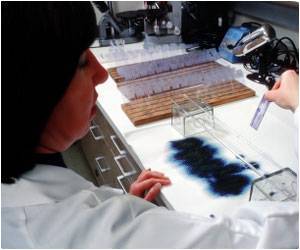 The First Complete Genome Sequence of the Zika Virus
Given the very rapid spread of the Zika virus, the Institut Pasteur in French Guiana remains actively involved in epidemiological monitoring.
READ MORE

Zika Virus - A New Mosquito-Borne Disease in the West
Zika virus infection represents another arbovirus or mosquito-borne viral disease to affect the Americas. Currently, there is no cure for Zika virus disease.
READ MORE