Interesting Facts and Statistics about Malaria

Unlike most infections that are caused by bacteria and viruses, there is no malaria virus or bacteria that causes the infection. The disease is caused by a parasite that is transmitted by mosquitoes. The symptoms of malaria can be rather extreme even when dealing with mild cases of malaria. Symptoms typically include high fevers, severe anemia and flu-like symptoms that could include chills and shivering. This does not pose much of a threat to healthy individuals, but pregnant women, young children and the aged are at a high risk because of complications that may develop on account of the symptoms. Severe cases of malaria can be a lot more worrying, as children can experience lifelong intellectual disabilities as a result of the infection.


How do you get Malaria?

Despite the widespread prevalence of malaria across the world (the World Health Organization estimates around 40% of our global population to be at risk), most people are still oblivious to the risk and remain unaware of the answers to some basic questions such as how is malaria transmitted and how does malaria spread. Malaria is transmitted through the bite of an infected Anopheles mosquito. It is only the female mosquito that bites its victims. At present there is no vaccine that offers protection against malaria, but there are other preventive measures that can be taken to minimize the risk of infection.

Malaria has in all probability been around for longer than we have, most likely having started out as a disease that affected primates in Africa. Symptoms that are characteristic of malaria have also been described in historical accounts dating as far back as 4,000 years ago. The disease was widespread at its peak, affecting populations across every continent, with the exception of Antarctica. Since the precise cause of infection was identified in the late 1800s infection rates saw a rapid decline, with the disease being eliminated in many parts of the world over the course of the 20th century. The disease remains endemic to developing countries in tropical and subtropical regions however, and the effects of malaria result in an economic cost that is estimated to be in billions of dollars a year. Travelers to such countries are at particular risk of infection because of the absence of any immunity.


There are four different types of malaria, the most deadly of them being found in Africa, just south of the Sahara Desert. Although the fatality rate is quite high, malaria medications have been extremely effective in reducing the global incidence of malaria and in bringing down fatalities. Most of the malaria deaths today, occur as a result of poor access to malaria medications and a lack of adequate health care services in some regions. Malaria tests are extremely effective at detecting infection and if identified early the prognosis is very good. Different types of anti-malarial drugs are used to treat the disease, depending on the type of infection. Unfortunately, the parasites responsible have developed drug resistance to some medications resulting in a public health care crisis in some parts of the world. Drug resistance makes it difficult to control the rate of infection, as well as the spread of malaria. The phenomenon of mosquitoes developing resistance to insecticides has only added to the problem. 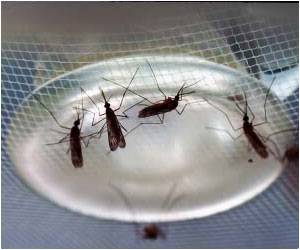 Recently Developed Nanomimics to Fight Against Malaria Parasites
Researchers have recently developed nanomimics that would help fight against the malaria parasites.
READ MORE

Test your Knowledge on Coronavirus (COVID-19)
View all