What is Betel Leaf?

In India, since ancient times betel leaf is used in religious rituals as it is considered auspicious. Betel leaf is a heart-shaped, deep green color leaf that belongs to the family of Piperaceae. The scientific name of betel leaf is "Piper betle".

In India, betel leaves are commonly known as "paan leaves" and it is consumed by approximately 15-20 million people. Betel leaves are cultivated in Sri Lanka, India, Malaysia, East Africa, Philippine islands and Indonesia. It is found in different regions of India such as Bengal, Orissa, Bihar and Karnataka. Betel leaf also known as "paan ka patta" has a strong, pungent and aromatic flavor and it is widely used as a mouth freshener. 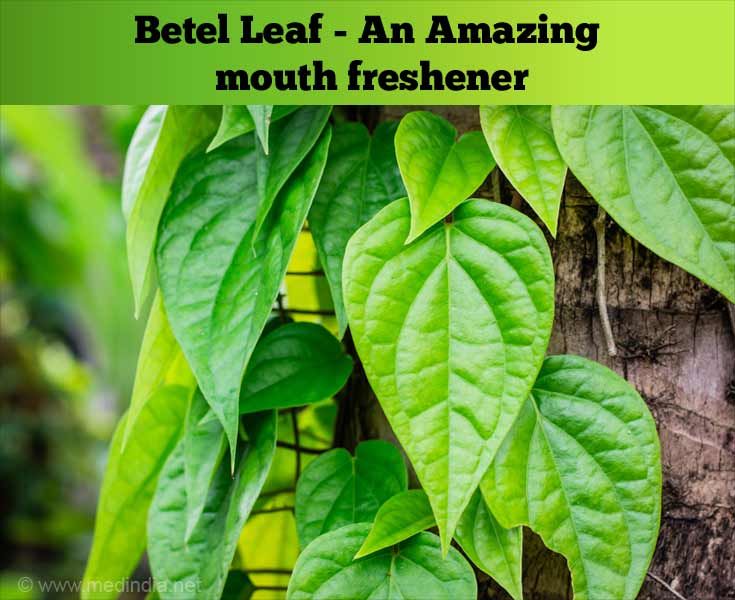 Approximately 85-90% of betel leaf is water, which means it has high moisture content and low calorie count. About 100 grams of betel leaves contain just 44 calories. It contains 0.4-1% fat and 3-3.5% protein, which makes it a low source of fat and moderate source of protein.

Besides these nutrients betel leaves contain essential oils and chemical components such as betel oil and chavicol, betelphenol, eugenol, terpene and campene. These chemical components possess medicinal properties and help in the treatment and management of various diseases and disorders.

Various anti-diabetic medicines have side-effects on the liver and kidneys in the long run. Research has revealed that dried betel leaf powder has the ability to reduce blood glucose levels in individuals with newly diagnosed type 2 diabetes mellitus and this herbal remedy comes without any side-effects.

High cholesterol level is a risk factor for heart disease and stroke. Studies have found that betel leaf helps in lowering high levels of total cholesterol, triglycerides, low-density lipoprotein (LDL)cholesterol and very low-density lipoprotein (VLDL) cholesterol. Furthermore, it also helps to increase high-density lipoprotein (HDL) cholesterol levels. Such a lipid-lowering effect of betel leaf is attributed to the presence of eugenol, a natural antioxidant that neutralizes free radicals. Eugenol further inhibits the biosynthesis of cholesterol in the liver and reduces lipid absorption in the intestine. It further increases the catabolism of "bad" LDL cholesterol. High levels of cholesterol and triglycerides are mobilized from plasma to the liver and then they are eliminated in the form of bile acids. Thus, through various mechanisms betel leaves help in lowering high lipid levels. 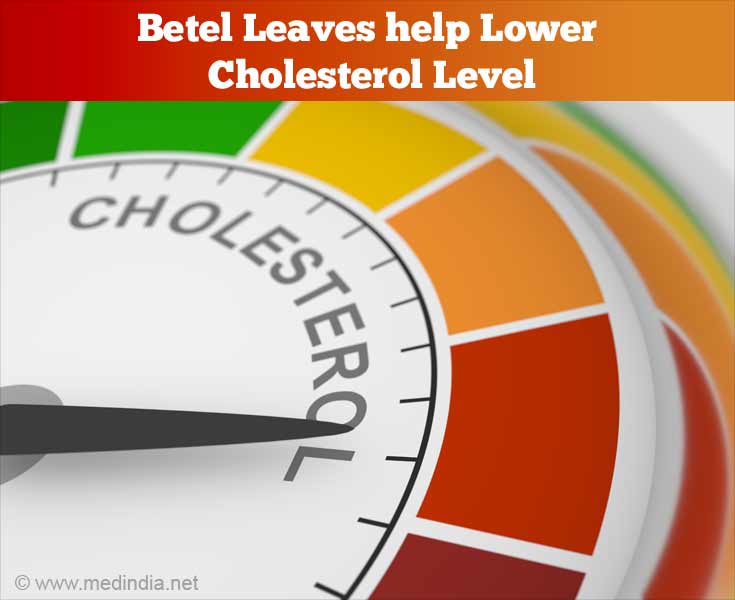 Betel levels when consumed with tobacco and betel nuts increase the risk of oral cancer. However, betel leaf alone is a reservoir of phenolic compounds that possess antioxidant, anti-mutagenic, anti-proliferative and anti-bacterial properties. Studies have revealed chemo-preventive potential of betel leaves against various types of cancer. Furthermore, betel leaves contain an array of phytochemicals (health promoting plant chemicals) that possess cancer-fighting benefits. Oxidative stress plays a huge role in the pathophysiology of cancer. Betel leaves are an excellent source of antioxidants that neutralize free radicals and fight oxidative stress. It further inhibits the growth of cancer cells and its spread to different organs of the body. 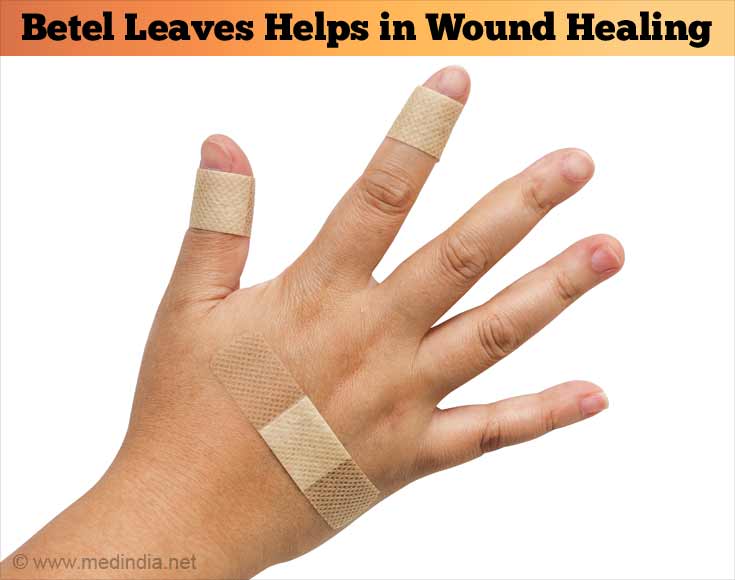 Asthma is recognized as an inflammatory condition. Betel leaf possesses antioxidant and anti-inflammatory properties and thus, it helps in the treatment and management of asthma. Histamine is an inflammatory mediator that plays a major role in causing asthma. Histamine causes bronchoconstriction, a sign of asthma in which airways in the lungs get constricted due to tightening of smooth muscles. Research has found that anti-histaminic activity of betel leaf may be a causative agent in lowering bronchial asthma cases. Furthermore, betel oil and polyphenols present in betel leaf possess anti-inflammatory properties that further helps in lowering asthma cases.

Depression is a psychiatric disorder that affects approximately 5% population of the world. Research has revealed that besides anti-depressant drugs, herbal remedy such as chewing betel leaves have been used since ancient times for its CNS (central nervous system) stimulant activity. It was further found that chewing betel leaves produces a sense of well-being, a feeling of happiness and heightened alertness. Furthermore, betel leaves contain aromatic phenolic compounds that stimulate the release of catecholamines. A strong link is present between low level of catecholamines in the body and increased risk of depression. Therefore, chewing betel leaves is an easy way to keep depression at bay.

Pathogens present in the mouth are responsible for dental infections and dental caries. Studies have observed that chewing betel leaves can inhibit the growth and activity of bacteria. Betel leaf is very popular as a mouth freshener and it can be used as a substitute for drugs that are used to treat oral or dental infections. When foods and drinks high in sugar are consumed, acid reacts with bacteria present in dental biofilm. Betel leaf protects against dental caries by inhibiting the acid produced by salivary bacteria. 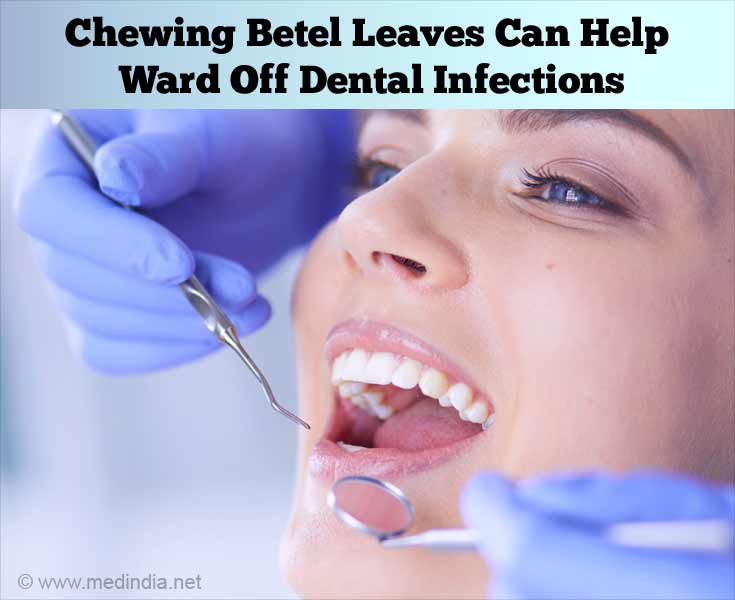 Studies have found that chewing betel leaf is an ancient traditional remedy used for treating gastric ulcers. Agents that cause ulcer damage the inner lining of the gut, reduce the production of gastric mucus and increase the level of oxidative stress. Betel leaves inhibit the formation of gastric lesions, increase the production of gastric mucus (important factor that protects against ulcer causing agents) and reduce the volume of gastric acid secretion. Phytochemicals and polyphenols present in betel leaf possess antioxidant and anti-ulcerogenic properties. They protect the inner layer of the gut against toxins and other irritants and thus reduce the overall damage. 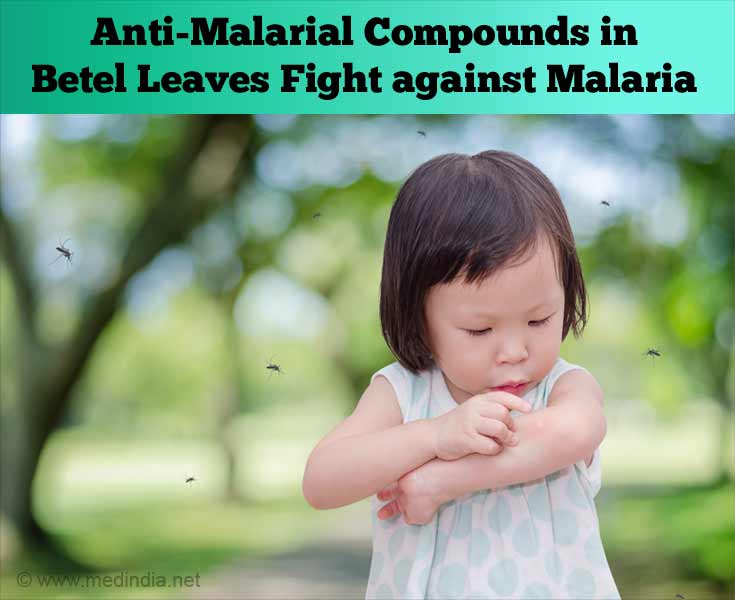 High Cholesterol
High cholesterol level in blood are a risk for heart disease and stroke. They get deposited in the wall of the arteries and clog the circulation posing a threat to life.

Malaria
Malaria is caused by a parasite that enters blood through the bite of an infected mosquito. It is characterized by fever, vomiting, shivering, sweating and other symptoms.

Asthma
It's a lung condition characterized by inflammation of the bronchi and constriction of the airways that result in coughing, wheezing or breathlessness. Allergy and other airway irritants can trigger it
Sign up for Wellness Consult a Doctor Sign up for Selfcare
Advertisement
Health Topics A - Z
A B C D E F G H I J K L M N O P Q R S T U V W X Y Z