Tuna is a saltwater fish which is a part of the tribe Thunnini, that comprises 15 species of tuna. Tuna belongs to the mackerel or Scombridae family which also include the bonitos, albacore and mackerels. The size of tuna fish can range from 1 foot in length to 15 feet. The two species of tuna that dominate the global sales value are skipjack and yellowfin. Canned tuna amount to around 53% of global sales values and fresh and frozen sashimi tuna amount to 41% of global sales values. Japan is the highest consumer of fresh tuna, while US is highest consumer of canned tuna. Other common species of tuna are bluefin, ahi, albacore and bigeye. Japan, Indonesia and Philippines are the top tuna catchers.

Tuna is a low glycemic index (GI) food and an excellent source of selenium, Vitamin B3 (niacin), Vitamin B12, Vitamin B6, protein, phosphorus, Vitamin D and potassium. It also contains mangnesium, choline, vitamin B1 (thiamin), vitamin B2 (riboflavin) and iodine. It has only 0.49g fat and about 24g protein.

Selenium containing compound, selenoneine, is the major form of organic selenium found in the blood and tissues of tuna. Selenium compound has strong antioxidant capacity. It can bind to heme proteins, such as myoglobin and hemoglobin protecting them from iron auto-oxidation. Selenoneine also reacts with radicals and methylmercury (MeHg). 100 gm tuna contains around 90mcg selenium which is more than 100% daily value (DV). Anti-oxidant quality of tuna helps boost immunity and inhibit chronic diseases, carcinogenesis and aging. The antioxidant properties of these tuna peptides protect the cell membranes from oxygen-related damage which is a process called lipid peroxidation.

While skipjack species do not have significant Vitamin D, yellowfin tuna has some amount of Vitamin D. Vitamin D  plays an important role in calcium absorption. Tuna also has significant magnesium and phosphorus that supports the bone health.

Tuna has about 400mg of potassium per 100 gm. Potassium is a vasodilator which helps lower blood pressure. Tuna fish is an excellent source of niacin and other Vitamin B complexes that support healthy functioning of the heart. The American Heart Association (AHA) recommends 1 gram of Eicosapentaenoic (EPA)+Docosahexaenoic (DHA) per day for people with heart disease. Doses between 2 to 4 grams per day are recommended to lower triglycerides. 100gm tuna fish have hardly 0.5gm fat and 0.1gm of EPA+DHA. Thus, it is far-fetched to say that tuna supports the heart due to its omega-3 fatty acids. Tuna contains Coenzyme Q10 (CoQ10) - a substance found in every cell of the body, used to produce energy for cell growth and maintenance, that protects the endothelium from being damaged by oxidized LDL. Niacin is recommended as heart medication to niacin lower high cholesterol levels.

Tuna fish is a good source of Vitamin B12, folates and B complexes. Tuna improves the metabolism and increases the efficient functioning of the organs. Vitamin B12 helps to make DNA, which is the genetic material in all cells. Vitamin B12 keeps the body's nerve and blood cells healthy. It prevents megaloblastic anemia, a deficiency disorder that makes people tired and weak. Vegans do not get Vitamin B12 from their diet. Tuna is a good option to get dietary B12, for those who prefer fish instead of meat. Vitamin B6 also boosts energy and metabolism and it protects the nerves.  Niacin releases energy into the cells. B vitamins help to produce energy and aids in formation of red blood cells.

CoQ10  and vitamin B3 (niacin) are important elements in healing and preventing stroke. Regular intake of tuna fish helps to maintain the brain health.CoQ10 is a vital component of cellular energy metabolism. It is important for the normal functioning of the mitochondria. Albacore (Tuna) contains 6.2mg/kg of CoQ10 and tuna in general contains 4.9mg/kg CoQ10. Canned tuna might have 14.9-15.9mg/kg. CoQ10 helps alleviate depression and headaches. It reduces the loss in dopamine to 26% and helps in preventing Parkinson's Disease. Folic acid, vitamin B12, niacin, and vitamin (E, C) intake has been associated with lower risk of stroke. All of these are found in tuna.

Protein is an important building block of muscles, bones, cartilage, blood and skin. Protein builds and repairs tissues. According to US Food Plate, a quarter of your plate should comprise of proteins. A protein rich diet helps in weight loss. The dietary recommendation for protein is 0.8 grams of protein per kilogram, or 0.36 grams per pound of body weight. Raw tuna fish (per 100 gm) provides around 24 gm of proteins which is approximately 50%DV. It takes more calories to burn protein foods. Therefore protein intake helps balance ratio of calorie intake to calorie burn and assists in weight loss. Protein rich diet also reduces risk for cardiovascular disease.

The 2014 U.S. Environmental Protection Agency- U.S. Food and Drug Administration (EPA-FDA) draft recommends that pregnant women eat at least 8 ounces to 12 ounces (2‐3 servings) per week of a variety of fish that are lower in mercury to support fetal growth and development. However American Heart Association (AHA) prefers that pregnant women avoid tuna, while the American Pregnancy Association (APA) recommends the intake of chunk light tuna consumption to no more than 36 ounces per month.  Bigeye and ahi tuna are high in mercury content. Skipjack tuna, yellowfin tuna have less mercury just as canned light tuna. Pregnant women can choose any one of these less mercury tuna species as an alternative to white albacore or ahi tuna.

The following table contains the recommended amount of canned tuna to be consumed according to the body weight:

It can be served

The nutritional values of "Tuna Fish" per 100 grams are:
Data source: USDA Nutrient Database, R25
*Percent Daily Values (%DV) are based on a 2,000 calorie reference diet. Your daily values may be higher or lower based on your individual needs.
To See Full Nutrition Facts & Analysis for Tuna Fish - click here

Latest Publications and Research on Health Benefits of Tuna Fish 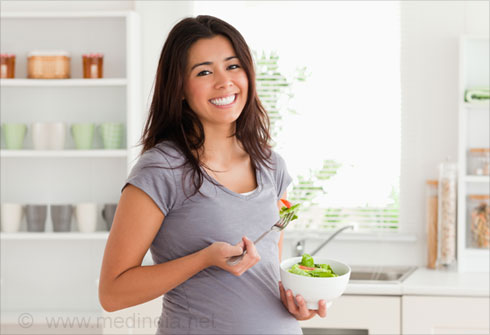 Top 15 Foods to Avoid During Pregnancy
Eating healthy is important during pregnancy. But, some foods should be avoided during pregnancy because they could harm the growing fetus
READ MORE

Fish: The Best and The Worst
Some fish are contaminated with high levels of methyl mercury. Methyl mercury is a neurotoxin, which affects the pregnant or lactating mother's child's brain.
READ MORE 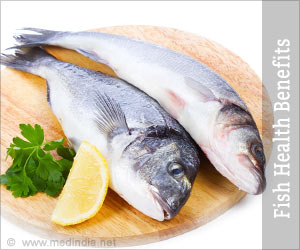