In ancient times, elderberry tree was referred to as "medicine chest" because of the excellent healing properties that it possesses. Before the birth of antibiotics, herbalists, physicians and pharmacists used elderberry as a main ingredient for many medicinal preparations.

The botanical name of elderberry is "Sambucus Nigra" and it belongs to the "honeysuckle family". It is a tree-like shrub that grows in shady and moist areas.

Elderberry, also known as European elder is native to Europe, North Africa and Asia. Different parts of elderberry such as its bark, flowers, leaves and berries have been used in traditional medicine.

Besides this, these berries are used as flavoring agents and as an ingredient for making pies, wine and syrups.

The active compounds present in elderberries that are responsible for its medicinal properties include:

Elderberries grow in clusters and they are dark violet-black drupes. The intense color of these berries is attributed to the presence of anthocyanins.

Elderberries contain a variety of vitamins such as vitamin A, thiamine (vitamin B1), riboflavin (vitamin B2), pyridoxine (vitamin B6), folic acid (vitamin B9), vitamin C and vitamin E.

Besides this, elderberries are also loaded with minerals and micro-minerals such as potassium, calcium, zinc, iron, copper and magnesium.

This fruit also contains beneficial plant chemicals such as phytosterols, carotenoids and polyphenols. Such a composition makes elderberries effective for the treatment and management of various diseases and disorders.

Elderberry has been an effective remedy for diabetes as per traditional European medical practices. Elderberries and its flowers contain natural compounds such as rutin that stimulates the uptake of glucose by the muscles as a source of energy.

It further promotes the secretion of insulin by the pancreas and thus helps in the treatment of diabetes. Antioxidants present in elderberry protect the pancreatic beta-cells (these cells store and release insulin) against attacks by dangerous free radicals. Thus, elderberry can be used in the management of diabetes.

Elderberry has been used for centuries in folk medicine to treat influenza, a respiratory infection caused by a virus.

Research has found that compounds present in elderberry have the ability to impair influenza virus. It further reduces the activity as well as multiplication of influenza viruses.

Extracts of elderberry are used as an alternative medicine to treat influenza, when other medications fail.

Flavonoids present in elderberry stimulate the immune system that fights against influenza. It also has anthocyanins which possess anti-inflammatory properties that help in providing relief from the symptoms of influenza such as aches, fever and pain.

Elderberries prevent tissue damage and reduce the risk of heart disease. In other words, they keep heart disease at bay.

A study found that, on consumption of elderberry juice, anthocyanins enter the digestive system, where they interfere with the absorption of lipids. This prevents the formation of cholesterol and its entry into the bloodstream.

Another research observed that elderberry also helps in reducing total cholesterol and triglyceride levels, whereas it increases HDL (good) cholesterol which is heart-protective.

Studies have found that consumption of elderberries help in reducing the severity of symptoms associated with common cold as well as duration of symptoms.

It contains flavonoids that boost the immune system and keeps infections at bay. It further reduces the inflammation which is associated with common cold.

In addition to this, other compounds present in elderberries help in decreasing the swelling of mucous membranes and thus relieves congestion.

Thus, it relaxes the mind and reduces stress levels.

Mucilage present in elderberries gives bulk to the stools, helps in softening them and thus allows easy passage of stools without putting any additional pressure, which is common during constipation.

Thus, eating elderberries or drinking elderberry flower tea can help one get rid of constipation.

Other Benefits of Elderberry

Research has found that elderberry leaves and flowers have been used for reducing inflammation, swelling, pain relief, diuresis (increased urine production) and as an expectorant (used to treat coughs).

Berries have immune-boosting properties and thus, they help in the treatment of sinusitis and bronchitis. Consuming such a fruit is also beneficial for individuals with poor immunity, such as patients with HIV and cancer.

The nutritional values of "Elderberry" per 100 grams are:
Data source: USDA Nutrient Database, R25
*Percent Daily Values (%DV) are based on a 2,000 calorie reference diet. Your daily values may be higher or lower based on your individual needs.
To See Full Nutrition Facts & Analysis for Elderberry - click here

Latest Publications and Research on Health Benefits of Elderberry 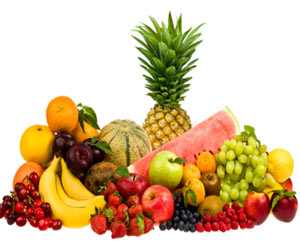